Winning BACK THE WORLD 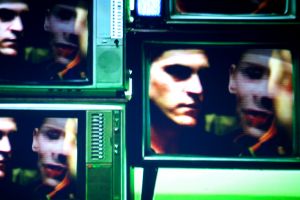 I love it! Morgaine at The-Goddess has taken the initiative to start a Goddess-movement activist group. Her mission statement:

“This group is assembled for one purpose - to demand equal time for the Goddess and Her people in public discourse. We agree to send emails, and occasionally write letters or make phone calls to media, politicians, and public figures when the Goddess is ignored, denigrated, or excluded from topics or panels in which our community must be counted.”

This group needs us. I think I remember Morgaine saying something like “It takes a critical mass of at least nine communiques to the media before they sit up and take notice.” So if you want to be in at the beginning of what could be a powerful impetus for world change, go to Yahoo.com, click on “groups,” type “GoGoddess,” and sign on. Or, you might be able to get there by clicking HERE.

Remember, loyal readers, we have only 20 years left to reach our goal of “…replacing God the Father with God the Mother by the year 2025.” If you want to review the Replacement Timeline (authored last August by Morgaine and Athana, and tweaked a bit today by Athana), here it is again:

2005 -- [the current situation] Goddess religion just becoming known, has low membership, not taken seriously, almost no media presence, national/international leaders/activists like Starhawk are not given media coverage, little sense of ourselves as a defined group, no sense of "solidarity."

Women archaeologists afraid to speak out for fear of losing jobs. Our culture is addicted to war, and corporate America makes huge profits from the war economy. Monotheistic Fundamentalist sects in America and the Middle East are warring each other. Threat of nuclear and biological war looms. Christian Fundamentalists want to bring down Armaggedon and move culture backwards in sciences and social development, advocate oppression of women as reproductive slaves.

2006 -- LOBBY FEMINIST GROUPS to Rally American women around the threat to Roe v. Wade. Three-day work strike by all pro-choice women, and sypathizers organized to coincide with Alito confirmation hearings.

If an unacceptable candidate is confirmed, organize mass exodus from Democratic Party to Green Party, or a Women's party is formed.

2006 – Internet bloggers start an underground revolution among the mothers of the world, by telling them this: "Since Goddess equals peace and gods equal war, the way to keep your sons and daughters alive past age 18 is to teach them your old Goddess religions." The revolution enlists major feminist and peace groups, creates a "buzz" about the Goddess.

Groups of us begin doing Ghandi-like interventions at leadership meetings of the god peoples (starting with those easier to reach, i.e., UUs and Methodists versus Southern Baptists?). Requests are made to serve as mediators between warring factions.

2007-- Morgaine's book is published and Gaians begin to demand that Matriarchal history and matrifocal theory be taught in schools of Anthropology, Archeology, Women's Studies, and High School classes addressing Ancient and American history.

Across the planet, self-proclaimed Goddess worshippers now number in the millions.

2013 Proclaimed International Year of the Goddess.

2015-- Iraq, which is just now beginning to recover from the 2005 U.S. invasion, is the last Muslim country to replace Allah with The Goddess Inanna. (Hee)

2020 Half the members of Congress are Gaians/Priestesses

-- A "Let's Start Over Pact" is signed by Israel and Palestine, since both countries now realize that their former animosities were initiated and fueled by their old, outmoded beliefs in warrior gods.

2024 -- The Mother's Revolution begun by internet bloggers in 2006 is now 18 years old. Millions of babies born in 2006 were secretly taught Goddess religion (= peace), and all of them would refuse to fight in any war -- even if one were proposed, which it isn't, since Godfather religion is gone from the world. Ninety percent of the world either worships Goddess/es, or are atheist/agnostic. War is seen as primitive, barbaric. Every school in every nation teaches mediation skills. Matriarchy is the preferred form of family order everywhere. Children are commonly named after either or both parents.

2025 - All nations have universal health care. Starvation is a thing of the past. Peace reigns in Africa, where the Matriarchal revolutions have created new woman-centered villages with cooperatives throughout the world. Peace, in fact, reigns the world over.


What did Athana and I miss?"

huzzah! something I can do from Europe!

I don't know how many rednecks you're going to get on board with this, but here's one who's all for it.

We need all the help we can get. Welcome!