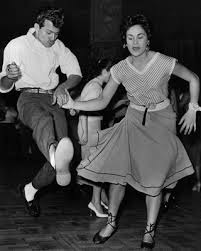 It's time for the non-Abrahamaic world to gang up on the Children of Abraham*.

These kids have no right to take over and then destroy the planet, but that's what they're doing.


It's time for someone to step up and unite us.  Someone to make us see that we have a common and deadly enemy.

Someone to lead us in getting rid of this enemy -- an enemy that has been riding riot through the world like the deep black Devil on steroids.

But they're also fellow human beings, so we need to love them.  They've been eaten alive by the cancer that is their creed, the rules of their cult.  They didn't ask to have this creed and cult dredged into their heads, shoved down their throats.  They are victims.

Who's going to step up and take charge?  We need goals, objectives and plans of action. Let's get moving. Time to shake, rattle and roll!
___________________
* The "Children of Abraham" are those who worship the god of Abraham -- Christians, Muslims and Jews (many think he's three gods but he's actually just one).

It is has been long gone due time for the male deities to step away but of course absolute power will do no such ting. And it is long past time when righteous justice should have moved them out and replaced them with peaceful equanimity. But their violent aggressions and deep cunning of mind and tongues which hypnotise the people who are unaware of such vile workings through these abrahamic archons/demons. I've tried to wake people up but they remain hypnotized under the black magic mind control which has told them to "remain asleep" "ridicule feminists" "there is no such thing as divine feminine" etc etc etc.....and even when you break it down to people, show them, they see for moment, blink alot, then revert back to the hypnosis. What does one do then?

Thank you, Lady of the Woods, for visiting with your thoughts and observations. I so agree with you: it’s well past the time when the war gods should have been swept off the planet and replaced by peace deities. If people follow a war god, they will do war – and we can see that played out over and over again in the world today.

I love you for courageously venturing out and telling those around you about female deity. It’s not an easy thing to do, I know, but I hope you keep doing it nevertheless. In general female deities are peace deities -- unless they've been forced, like Athena was for example, into becoming a war goddess. It’s to your great credit, Lady, that you can get war-god people to see even for a moment the truth of what you’re saying. Good for you!

Remember: it’s not up to you and you alone to rid the world of war gods. However, it is essential that you (and the rest of us too) continue working together toward that goal.

Thank you Dear Lady of Peace, but I'd like to ask you a question which plagues me terribly?....how do you deal with rage if you ever had that over these war gods? rage at the high ignorance, at the abysmal denial, at the cheap dismissals, at the willful blindness? How does one remove the black magick of hypnosis? They have done that too.

Your term," Children of Abraham," is likely to be interpreted by some (many?) as referring specifically to Jews. I don't think this is what you meant. My guess is that you are trying to refer to people who follow Abrahamic religions (Judaism, Christianity, Islam). If so, you might want to clarify this.

Thank you, Anonymous. No, I don't mean Jews. For one thing, Jews are a group of people, not a religious group. Some Jews worship Yahweh, yes, but certainly not all of them do. Christians and Muslims on the other hand all worship Jehovah and Allah.

Lady of the Woods: All you can do, really, is try to tell people what you know you know -- and then be the kind of person they'd like to be. The world might not switch to peaceful religions in our lifetime, but that doesn't mean we shouldn't be the shoulders our descendants can stand upon. They'll need such shoulders. Write about your anger. Keep a private journal. Make sure you spend part of each day doing something you really enjoy doing. Take your mind off the heavy stuff at least part of each day. I hope this helps!