THE secret LIFE OF ATHANA 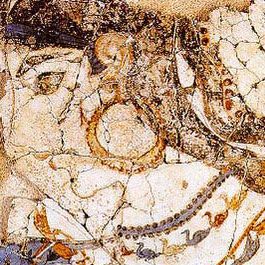 Dear children, I have never been entirely up front with you about who I am, or where I come from.

Through the years, some of you might have wondered – Who is Athana? How does she spend her days?  Where?  With whom?

Now my time is up.

I can contain my secret no longer.

Come June, my story will come to light in a series of books called The Land That Loved Women.

Posted by Athana at 1:57 PM No comments:

JEHOVAH IN A skirt? 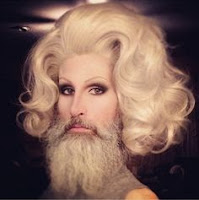 Mr. Roger knows the natives are getting restless.  The Great Unwashed are catching on: the male body fails to give birth, to create new life, and so can hardly be the Creator of the Universe.

The result is pure comedy.  Like a vine swaying in a wind, Mr. Roger goes back and forth, back and forth: “Yes, God is our Father,” but “No, God has no sex,” and “Part of the Father is a Mother.”  And so forth.

Mr. Roger and his Commenters get into some truly high-octane nit-picking, hair-splitting mumbo jumbo.  (In my head I’m now seeing a cartoon of the mighty YAJ, spear raised, standing on his mountaintop in a seersucker skirt.)

A small hors-d’oeuvres tray of the flapdoodle:

But, but, but, Mr. Roger!  Which is it?  Is your god a Mother, or just “like a Mother”?  And what kind of mother on your side of the looking glass isn’t female?

And begging your pardon, sir, but if your god isn’t male, you won’t mind if we call her “Mother Goddess”?

Actually, YAJ isn’t even a Father, let alone a Mother.  He’s the psycho uncle your dad once tried to lock away in your attic.  He’s the child molester banned from your city parks and schools.  He’s the bogeyman -- invented 6000 years ago by primitive desert people gone mad from starvation.

And he’s driving all of us – plants, animals and humans alike – crazy and straight off the planet.


We need to ditch him ASAP for a true Mother deity, one who loves us unconditionally (and doesn’t give us high-fives every time we start a war).
Posted by Athana at 11:33 AM No comments:

GUESS WHO fooled YOU! 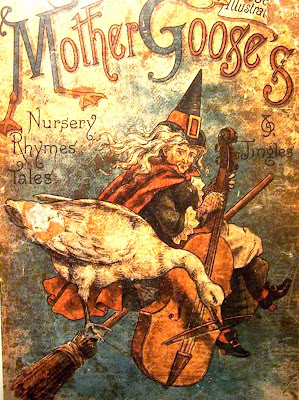 WHO WAS Mother Goose, really?

Could she have been an ancient European goddess in disguise?

If so, which goddess was she?

And why would a goddess go into hiding behind the fairly dismal disguise “Mother Goose”?

Why did artists 100 years ago often depict Mother Goose as a witch?

Who was Cinderella, really?  How about Sleeping Beauty?  Little Red Riding Hood?

Was “Jack and the Beanstalk” a secret magic spell – passed along in code?

For the answers to these and many other fascinating questions, get the new book Breaking the Mother Goose Code: How a Fairy Tale Character Fooled the World for 300 Years.

Available in ebook and hardcover format.

Don’t wait!  Click now on any of the following bookstores to buy your copy:

YOU HAVE created A CREATURE 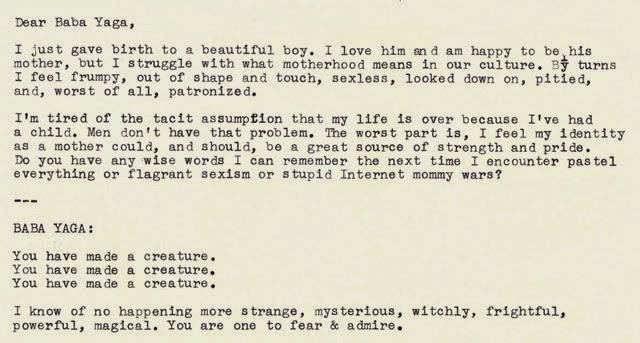 MANY THANKS to The Hairpin for bringing us Baba Yaga's Advice Column.

Posted by Athana at 7:53 AM No comments:

DO WE REALLY NEED men? 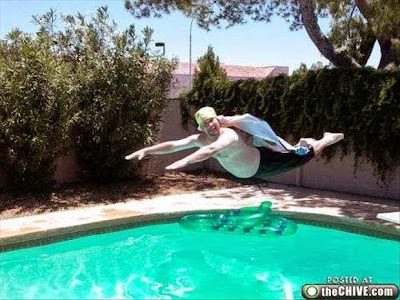 Given that the world is a mess (who can dispute it?), and that men have run the world for 6000 years (no dispute here either), it’s easy to see why one of my wonderful commenters recently opined that “it's fair to question even the necessity of the existence of men.”

To me the evidence shows that before about 4000 BC the world worked OK -- even with men in it.  Also, in many modern indigenous societies, men are sweet things, courageous and manly (see peacefulsocieties.org).

So we could try to make things right by rubbing out men -- invent a drug that smushes the male fetus, for example, slip it into the world’s drinking water, and – voila! – men gone.

The problem is, blotting out the male sex would not blot out patriarchal culture* – a way of life in which societies are ruled by a small group of elites.  In a trice, a few power-hungry women would stomp all over the rest of us, and in no time we’d be right back where we started from.

My preference: a return to the pre-patriarchal cultures covering the globe before 4000 BC (and even beyond; these gorgeous cultures didn’t all disappear in 4000 BC; they only began to disappear then).

In the old peaceful, nonviolent societies everyone was equally valuable.  According to the evidence people were organized around female deity.  Men were courageous, handsome, manly hunks who revered women.**
_________________
*Culture: learned, shared, patterned behavior manifest in art and artifact, and passed on from one generation to the next ad infinitum.  Cultures are like giant spider webs.  They are hard to change because tapping one part of the web to change, means all other parts of the web must change too.

**For more on this, see Switching to Goddess: Humanity’s Ticket to the Future.  Buy it HERE and get it delivered FREE anywhere in the world.
Posted by Athana at 4:16 PM No comments:

DON'T blame WOMEN FOR THE MESS 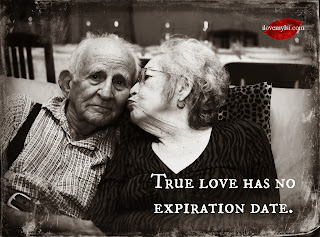 Are we blaming women for the mess we're in?

For the globe’s swelling excess of human flesh?

The burgeoning bitterness toward women: is it because there’s a glut of us?

Babies come from women’s wombs, yes, and we live on a finite planet.  Even if each womb produced only 1.5 surviving children we’d eventually wipe ourselves off the globe.

But don’t blame women.  Unless there's a gun to her head no woman produces more kids than she can handle.  And few want to raise their rapist’s child.

I promise:  If women ran the birth-control and abortion clinics we'd not be in this mess.

No, women are not to blame.  The blame lands smack on the hoary head of Yahweh/Allah/Jehovah, “YAJ” for short, the god of Abraham.  Although many think he’s three separate gods, he’s really only one:  a primitive desert war god.


YAJ needs to be chucked.  His "best when used by" date came and went a few millennia ago.
Posted by Athana at 5:57 PM 2 comments: