THE GODDESS tells THE STORY OF ADAM & EVE 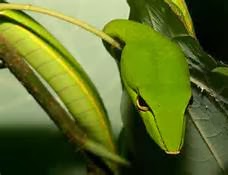 The fairy tale "The White Snake" (from the Brothers Grimm) is obviously a pre-patriarchal version of the Adam-and-Eve myth.

In many respects the two tales are identical.  Both involve a pair of lovers, a snake, the Tree of Life, the Apple of Life, and a garden.  What’s more, in both tales the snake and the eating of the apple lead to the outcome of the story.

Here, however, the similarities end.  For starters, in “The White Snake” the woman doesn’t hog the apple all to herself; she shares it with the man.

And it’s this sharing of Aphrodite’s “apple of love” that triggers the White-Snake woman's love for the man in the first place, and is partly responsible for the tale’s happy ending: “They cut the Apple of Life in two and ate it together; and then her heart became full of love for him, and they lived in undisturbed happiness to a great age.”

As we all know, for eating that same apple Adam and Eve were consigned to the opposite fate: living in sorrow forever outside the Garden of Bliss.

The other main difference between the two tales has to do with the snake.  In the Christian Bible, the snake deals never with Adam, but only with Eve.  As a matter of fact, throughout the Christian story Adam is a passive, do-nothing kind of dude.

Not so with the hero in “The White Snake.”  In this story, the snake teaches the man how to talk to animals, and it’s this skill that lets him play a large part in helping the story waltz to a happy ending.

In short, the Goddess version of the story shows men and women being strong, active and equal.  It's about men and women working together -- with animals -- to ensure elegant life outcomes.

In contrast, the Christian story is the opposite: passive males are burned by demonic women who listen to “dumb” animals.  The outcome?  Pure misery.
Posted by Athana at 4:31 PM 1 comment:

Email ThisBlogThis!Share to TwitterShare to FacebookShare to Pinterest
Labels: Adam and Eve and the Goddess, fairy tales and Adam and Eve, Goddess version of Adam and Eve, The White Snake (FT)

How could anyone truly respect a religion that sets its major holy day four days past the winter solstice?!   It’s like someone threw a dart and missed the entire dart board! 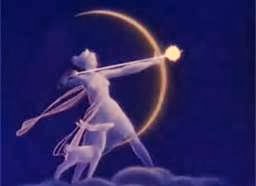 Anyway, I’m tickled pink so many of you know that the sacred actually resides deep inside the earth’s cycles, secrets and mysteries.

May Gaia smile upon you all on this most holy of days, and may you all bask in the coming light!


Athana
Posted by Athana at 4:58 PM No comments: