GODDESS & THE Survival OF THE SPECIES

"Only women ... enabled to sense a female divinity within their own spirit can bring about the profound changes that need to be made if humanity is to last much longer....


~From The New AmazoNation
_______
A big thnx to Cecilia Adolfsson for the foto.  Go here to see more of her work.
Posted by Athana at 3:21 PM No comments:

Letter to the Children of 2062 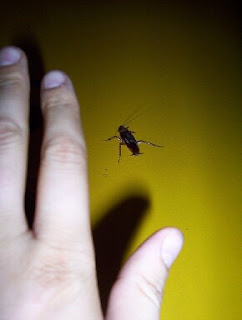 I am so sorry.  Please, on bended knees, we beg for your forgiveness!

Most of us in 2012 never, ever wanted you scratching around in caves in abandoned hills grubbing out on cockroaches, leeches, Japanese knotweed*, and whatever else is left.  Many of us suspected this would happen, but we didn’t know how to head it off!

When the Big Bust hit, your great, great grandparents alone survived -- by grabbing the remaining food and uncontaminated water from the rest of us. That’s why your last names are Bush, Cheney, Romney, Koch, Rove, or Dimon.

In 2012, your great, great grandparents ran the world.  And being clinical psychopaths, in their minds bright flashing pictures of Money and Prestige crowded out all other images – including those of a dying humanity and a collapsing climate.  Oh -- and of your future.

And the rest of us did not know how to stop them.

And we are so, so sorry….
___________
*Since 2004 I have done battle in my yard with Japanese knotweed.  After all other plants have succumbed to whatever holocaust hits us, trust me: knotweed will still be shooting its green little tips up out of the ground all over the place.  And with a smile on its face.
_________

Thnx to Dimitridf for the foto; go HERE to see more of his work.
Posted by Athana at 9:19 AM No comments:

Calling All Mad Hackers with a Heart

Most are small and indigenous; some still worship goddesses.

THE BAD NEWS: I learned the good news through “The Joshua Project”, a humongous online collection of “ethnologic data” scraped together “to support Christian missions” and “for sharing the Christian gospel all over the world…. “
In other words, stinkiness is about to crush hundreds of thousands of some of the Earth’s last happy people.

Calling all hackers with a heart: how about scrambling up an internet site designed to slice and dice the last happy peoples left on Mother Earth?   Go HERE to scramble it.
_________________
Thnx to Viktor Fejes for the foto!  Go HERE to see more of his work.
Posted by Athana at 7:21 PM 3 comments:

RIDDLE: What’s the difference between christianity and cancer?

When cancer hits town, the end of the story is often someone’s funeral.

When Christianity hits town, the end of the story is society’s funeral – through a new swing toward never-ending warfare, a class system as rigid as sticks, and a new pool of poor people that never dries up.