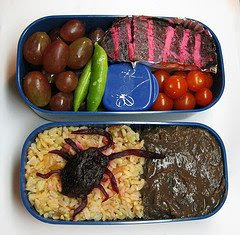 Sweet Babies, this is your Auntie Athana speaking.

I've come to bark at you again about how we've gotta boot YAJ off the planet before he boots us all off, along with all other life on earth (well, YAJ would have a hard time booting cockroaches, lice and sharks off our Mother. These dudes have been around so long they have tricks up their sleeves to smear and spank just about anything that might do them damage. Besides -- since he's a lice-and-cockroach infested shark himself, YAJ feels right at home with these critters).

As most of you know by now, YAJ is Yahweh/Allah/Jehovah, the god of Abraham.

Most think YAJ is three separate gods, but naaaaah. He's just one old slimy, primitive, desert war god drunk with the desire to do us all in. On a regular basis, this sick slickie takes normal, sane human beings and turns them into deadly dirt.

Take today's christian killer of Doctor George Tiller in a YAJ house of worship, for example. This dude was born an innocent, sweet-as-pie little human, blessed by the Goddess. But the lord god Jehovah got his cockroach hooks into him, and look at him now. A piece of human waste.

But what else can you expect when a human gets sucked in by a primitive tribal war god who thinks he can give birth? Excuse for a minute (HAHAHAHAH, HA, HA HA HA HARDY HAR HAR!!! [hachoo].) Ahem. Okay. Better now.

Anyhoo, it's time to make YAJ disapper so he can't infest any other beautiful, gorgeous human being with soul lice. You can see what YAJ-infected people do if they don't get their way. They kill. They murder. They gun people down even in places supposedly sacred to YAJ. Of course this isn't hard for them, because almost nothing's actually sacred to YAJ. That's all a scam. The only things sacred to YAJ are war, killing, and getting his own way. Go do a serious scan of his book the Bible if you don't believe me.

But it's not people who're at fault. People just get suckered in by YAJ. YAJ makes them miserable, and then they think the only way to get unmiserable is to suck up to YAJ. What we need to do is boot YAJ off the planet. For good. Period. End of sentence.

And then we can all return to female and mother deities as our major guiding lights.

Unless of course we all want to live in a world run by killers, murderers, war-starters and control freaks. (I won't even go into the history of mass murdering done by YAJ and his sucky sucked-in followers. I haven't had dinner yet, and I'd like to eat before next week is over.)
____________
Thnx to Leopard Girl for the foto "Lunch - La Cucaracha." Go HERE to see more of her work.
Posted by Athana at 6:03 PM 2 comments: 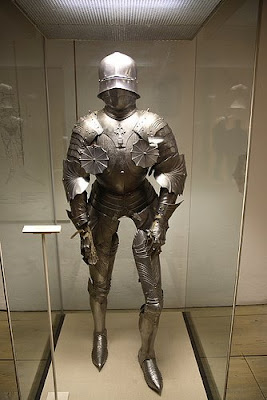 ON THE MORNING OF Thursday, April 10, 2003, Donald Rumsfeld’s Pentagon prepared a top-secret briefing for George W. Bush. This document, known as the Worldwide Intelligence Update, was a daily digest of critical military intelligence so classified that it circulated among only a handful of Pentagon leaders and the president.... On this particular morning, it showed the statue of Saddam Hussein being pulled down in Firdos Square, a grateful Iraqi child kissing an American soldier, and jubilant crowds thronging the streets of newly liberated Baghdad. And above these images, and just below the headline SECRETARY OF DEFENSE, was a quote that may have raised some eyebrows. It came from the Bible, from the book of Psalms: “Behold, the eye of the Lord is on those who fear Him…To deliver their soul from death.”

This mixing of Crusades-like messaging with war imagery, which until now has not been revealed, had become routine. On March 31, a U.S. tank roared through the desert beneath a quote from Ephesians: “Therefore put on the full armor of God, so that when the day of evil comes, you may be able to stand your ground, and after you have done everything, to stand.” On April 7, Saddam Hussein struck a dictatorial pose, under this passage from the First Epistle of Peter: “It is God’s will that by doing good you should silence the ignorant talk of foolish men.” (To see these and more Bush-administration intelligence cover sheets, visit GQ.com’s exclusive slideshow)."

Their arrows are sharp,
all their bows are strung;
their horses' hoofs seem like flint,
their chariot wheels like a whirlwind. Isaiah 5:28

Have I not commanded you? Be strong and courageous. Do not be terrified; do not be discouraged, for the LORD your God will be with you wherever you go." Joshua 1:9 (shown with pics of tanks and a war plane)

No king is saved by the size of his army;
no warrior escapes by his great strength.
A horse is a vain hope for deliverance;
despite all its great strength it cannot save.
But the eyes of the LORD are on those who fear him,
on those whose hope is in his unfailing love,
to deliver them from death
and keep them alive in famine.
Psalms 33: 16-19

All this comes from some very cool investigative journalism by the Gentlemen's Quarterly (GQ). Go HERE for the rest of the article.

BTW, if you're ready to hear more about how Jehovah is first and foremost a war god, read Switching to Goddess: Humanity's Ticket to the Future.
_________
a big thnx to Josef Meixner for the suit of armor; go HERE to see more of his work.
Posted by Athana at 5:45 AM 1 comment: 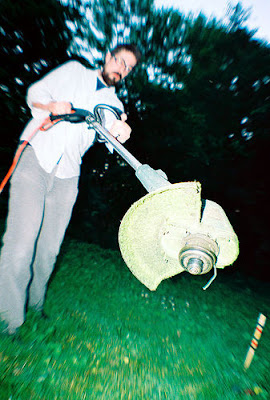 After we humans lost the Goddess as the center of life, liberty and sunny joy,* we morphed into a totally wacked out, wiggy species:

”Today most of the world’s business is conducted by wolf- and dog-like dominance hierarchies peopled by packs of young men headed up by top-dog alpha-males.

"Like a bunch of starving psychotics in a small sandbox, the world’s major nations today spend most of their energy violently snatching food and other resources out of the hands of 'weaker' nations. From our constant wars and interpersonal violence (if you [feel you] never have enough you 'need' to take from others) and our rape of women, their children and the environment (deep down we feel Mother Earth abandoned us) to our obesity, overpopulation and propensity to hoard, starvation culture supplies explanations for almost everything about ourselves we deeply despise. As a matter of fact, when you finally realize it, it’s hard to see why we didn’t see it before. Almost everything we loathe about ourselves looks suspiciously like the behavior of wild dog packs, wolf packs, or the unhinged humans we keep locked up in mental and penal institutions."

How did we lose Goddess? It has to do with long-ago climate change, and something called "starvation culture."

Is your interest piqued? Then tap those keys on over to your fave online bookstore and pick up a copy of Switching to Goddess: Humanity's Ticket to the Future.

Whether you live in the UK, Australia, Canada, Italy, France, Germany, the Netherlands, China, Japan or the US, there's an online bookstore in your country selling Switching to Goddess.


LIVE IN THE U.S.? Switching is being sold at the following online U.S. bookstores:

LIVE IN CANADA? Switching is being sold at the following online Canadian bookstores:
Amazon.ca $24.54
chapters.indigo.ca $33.90

LIVE IN FRANCE? Switching is being sold at:
Amazon.fr $32.39

LIVE IN AUSTRALIA? Switching is being sold at:
AussieBookSeller (via AbeBooks) $52.88

LIVE IN JAPAN? Switching is being sold at:
Amazon.co.jp

The Vanishing Face of [Mother] Gaia: A Final Warning

A few tidbits from a review of James Lovelock's new book The Vanishing Face of Gaia: A Final Warning:

THE GIST OF THE BOOK: "‘The Earth, in its but not our interests, may be forced to a hot epoch, one where it can survive, although in a diminished and less habitable state. If, as is likely, this happens, we will have been the cause… too many people, their pets and their livestock - more than the Earth can carry.’

WHO IS LOVELOCK?: "... creator of the ‘Gaia hypothesis’. Back in 1974 ... Lovelock wrote cheerfully: ‘Assuming the present per capita use of energy, we can guess that at less than 10,000 million we should still be in a Gaian world. But somewhere beyond this figure, especially if the consumption of energy increases, lies the final choice of permanent enslavement on the prison hulk of the spaceship Earth, or gigadeath to enable the survivors to restore a Gaian world.’

"[Lovelock is] an intelligent man who developed highly sensitive scientific instruments for NASA, ... a free thinker who could be selectively quoted to provide succour to an enormous range of views, from the failings of climate science to the benefits of nuclear power.

WHY DOES THE REVIEWER THINK LOVELOCK IS DANGEROUS?: " ... his writings ... throw up the possibility of a world in which Nature is placed before humanity, with irrational and reactionary consequences.

WHAT IS THE GAIA HYPOTHESIS?: "For Lovelock, the Earth is a self-regulating, living system. He was initially struck by just how precisely the Earth’s atmosphere suited the maintenance of life compared with that of Mars, and concluded that this could not have simply been some geophysical accident; he argued that a web of complex feedbacks helped to ensure that the proportions of different gases were closely maintained.

"Lovelock is certainly in no doubt that the Earth is alive, though he is not really sure what that means. ‘Why do you keep on talking about the Earth as alive? This is a good question, and there is no rational answer; indeed to some of my friends my suggestion that the whole planet is alive is not “scientifically incorrect”, it is absurd. In reply, I say that science has not yet formulated a full definition of life.'"

For other reviews, zip on over to Amazon.com.
Posted by Athana at 6:31 AM No comments:

HOW YAJ* Grew INTO A BIG DUDE 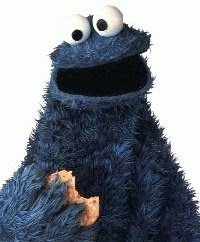 This is an oldie but "goodie": a 2007 article I bumped into about how UK Muslim teenage girls are being beaten up in the streets if they refuse to become Muslim. Some are in for double trouble: beaten up AND forced to quit the university.

If you've ever wondered how sects as skanky as the war-god religions* have swamped the earth -- they've now infected over half the world's population -- wonder no more. This is exactly how they did it: by ramming it up our noses.
_________________
*YAJ is short for Yahweh/Allah/Jehovah. Many think Yahweh, Allah and Jehovah are three separate gods, but they're not. They are just one god -- the god of Abraham.

**Christianity, Islam, Judaism, Hinduism -- are all headed up by warrior gods who do almost nothing all day but kill, maim and slaughter. Open up a christian bible sometime and check out how often Jehovah does anything else. Think there might be any connection between that and the fact that Big J's followers kill, maim and slaughter on average about once every decade or so?
___________
thnx to Mr. Azza for the foto
Posted by Athana at 6:56 AM No comments: 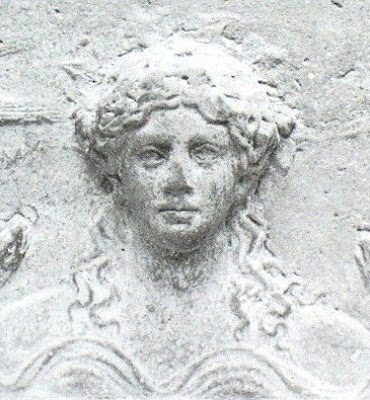 Anyone wanna take a stab at answering a friend of mine?

"I'm reading [Switching to Goddess].... One thing that occurs to me is that many of the people you are apparently addressing, i.e., religious people who are slave to male god concepts, hold very dear the idea of personally communing with God by means of prayer.

"Almost all the religious people I know (i.e., the two or three) plus my own memories, involve prayer. I find the goddess or pagan religions don't emphasize this much. In Spiral Dance, is that the Starhawk?, anyway I recall reading lots about ceremony and ritual, but not about prayer.

"So the question is, in what manner does one access the goddess? Is it largely an intellectual idea, or is there an analog to Christian prayer? How human is the goddess?"
Posted by Athana at 10:16 AM 7 comments: