Sitting here on the East Coast waiting to be blown to bits by Frankenstorm as they’re now calling it, I’m thinking the Great Mother is certainly getting grumpy these days.

I’d run home to my family 900 miles west, but this Monster is threatening to swallow them too.

Nope, once She has something to say, there’s no hiding from Mother.

Some are saying Frankenstorm is Mother Earth’s revenge for Obama/Romney’s snubbing Her during the Presidential campaign. Neither candidate has mentioned global warming once.

But Mother’s only trying to get our attention.  She’s worried about us. It’s not Her being hurt by the filth pumping daily into our air, water and soil, it’s us. Maybe in fact she’s having a humongous crying fit.  Maybe She’s weeping as She watches our species disappear from Her heart, blood and body.

I suspect the Goddess wants us to wrestle the Earth out of the hands of the fossil-fuel barons now wrecking it.  We can start by making them pay to spew their garbage into our air.  I don’t know about you, but I have to pay to have my garbage carted away, so why should the Koch Brothers get to pump billions of cubic tons of their garbage into your air for free?

Although President Obama tried to make the Koch’s pay to put their garbage out, the wily Kochs used their billions to sneak Tea-Party nuts into Congress, and the nuts lead a charge against Obama.

So to start, let’s vote all those Tea nuts out of Congress, and Obama back into the White House.

Dear American readers, the very least you can do is vote. Hopefully Frankenstorm will dry up in time for you to do just that.

With love,
Athana
Posted by Athana at 3:23 AM No comments:

Yesterday, for example, U.S. Republican Senate candidate Richard Mourdock mamboed onto the national stage and informed us that rape “is something that God intended to happen.”

Dear readers, let’s sit back, relax, and ponder this a moment.  The deities we choose is up to us.  So what is your heart’s desire?

1.     … A psychologically challenged god who roams the planet, sniffing out and raping hundreds of thousands of his children? Or …

2.     … A Mother Goddess who protects Her children from psychologically challenged rapist gods?

Never forget: the choice is totally up to us.

* For those of you not following U.S. politics, the Republican Party is sweating bullets to find a way to deny raped women the right to abort.   For example, recently Republican Senate candidate Todd Akin said women don’t get pregnant from “legitimate rape.”  The American Republican Party, in other words, has boarded the train to woo-woo land. 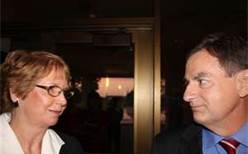 Richard Mourdock sizing up a woman, for ...?

Richard Mourdock once again, so you will recognize him if you ever need to. 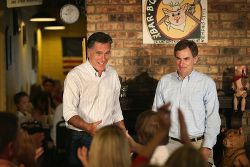 ???  This pic appeared among others when I "Binged" "Richard Murdock pictures."  Could it be little Richie himself, looking manly even while still wet behind the ears? 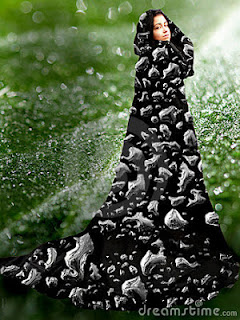 How addle-brained is our Post-Inquisition world?  A hint:  One of our best and brightest sees the Great Goddess -- She actually shows Herself to him -- and although he admits She’s female, he swears to us She’s his Christian war god Jehovah.

Here is the good doctor in his own words, describing for Newsweek Magazine what he experienced during a coma in which his entire cortex was completely shut down:

“For most of my journey, someone else was with me. A woman. She was young, and I remember what she looked like in complete detail. She had high cheekbones and deep-blue eyes. Golden brown tresses framed her lovely face. When first I saw her, we were riding along together on an intricately patterned surface, which after a moment I recognized as the wing of a butterfly.

"In fact, millions of butterflies were all around us—vast fluttering waves of them, dipping down into the woods and coming back up around us again. It was a river of life and color, moving through the air. The woman’s outfit was simple, like a peasant’s, but its colors—powder blue, indigo, and pastel orange-peach—had the same overwhelming, super-vivid aliveness that everything else had.

"She looked at me with a look that, if you saw it for five seconds, would make your whole life up to that point worth living, no matter what had happened in it so far. It was not a romantic look. It was not a look of friendship. It was a look that was somehow beyond all these, beyond all the different compartments of love we have down here on earth. It was something higher, holding all those other kinds of love within itself while at the same time being much bigger than all of them.

“Without using any words, she spoke to me. The message went through me like a wind, and I instantly understood that it was true. I knew so in the same way that I knew that the world around us was real—was not some fantasy, passing and insubstantial.

“The message had three parts, and if I had to translate them into earthly language, I’d say they ran something like this:

“’You are loved and cherished, dearly, forever.’

“’You have nothing to fear.’

“’There is nothing you can do wrong.’

“It was as if I were being born into a larger world, and the universe itself was like a giant cosmic womb, and the orb (which I sensed was somehow connected with, or even identical to, the woman on the butterfly wing) was guiding me through it….

“I’ve spent decades as a neurosurgeon at some of the most prestigious medical institutions in our country….”

"...the message that lay at the very heart of my journey: ... we are loved and accepted unconditionally by a God even more grand and unfathomably glorious than the one I’d learned of as a child..."

You hit the nail on the head, dude.  Your "God" is a woman -- and She is indeed far more glorious than anything laid on you as a child in your Christian Sunday School.