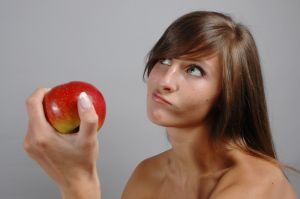 Or,
It’s a Sin to Be a Christian

According to Webster, “sin” is “transgression of divine law.” Okay, so what are the Goddess’s laws? Three biggies are: Treat others the way a healthy mother treats her child; do as you want -- as long as you harm no one; and, whatever you put out there, will come back at you three times bigger. (Go HERE for a fuller discussion on this.)

I believe one of the biggest all-time sins there is, is to become part of a warrior-god system like Christianity, Islam, Judaism, or Hinduism. I don’t call these things religions anymore, because they’re not. They’re political-control mechanisms. And when you become part of one, you become part of trying to wipe the human race off the planet. How, you ask? How have the warrior gods brought the human species to the brink of extinction?

First by commanding us to breed like flies. All warrior gods want their humans to breed like flies, because it’s with human fodder that they win their wars. This leads to overpopulation, which leads (directly or indirectly) to almost every ache & pain on the planet.

Second, all warrior gods break their women, chew them up, and spit them out. Unfortunately, it’s women who keep human communities alive and humming. As warrior gods spread like cancer across the globe, they’ve increasingly put men in charge of the planet. And, as anyone can see, the result is a big, fat Ungodly Mess.

Third, warrior gods lead to war and destruction. This is because they are warrior gods. Duh.

They want us to both annihilate ourselves and overpopulate? That is one generaliation you might want to think about a bit more.

You want us to act as mothers towards each other? When was the last time you met a mother that didn't act as an authority figure towards her children? Or do you let your children do anything they want, ie scream in the supermarket, eat junkfood, and punch their baby sister?

Mike - there's no contradiction there. A good Mother wants Her children to enjoy themselves as long as they harm no one. You're thinking of a Christian mother, not a good one.

All of those examples you gave involve harm - disturbing other people, hurting themselves with poison, violence against a sibling. Have you no concept of peace?

Why is pacifism so prevelant in some christian groups, like the Quakers if the religion is inherently a warrior one? What of those denominations which were ordaining women *before* women had the right to vote such as the congregationalists? They ended up becoming the United Church of Christ, the ones who this summer just voted to support gay marriage. I suspect these and other liberal Christians would have a hard time recognizing the description you just made.

Dwight - it all depends on whether the group in question focuses on the Old Testament or the New. If you focus on the "actual" teachings attributed to Jesus, he is the one that said "blessed are the peacemakers" and encouraged tolerance and charity. To me, those are actual Christians, and the UCC would be included with that. Even Jesus said specifically that everything changed with him - although he did use warrior symbols as well.

Athana is talking specifically about patriarchal systems, which are inherently violent.