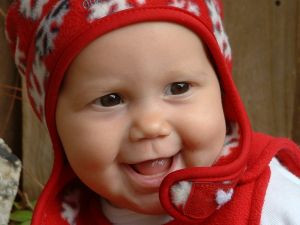 In a comment left on the God-or-Not Carnival post (Dec. 18; comment 16), Mike raised this issue: Does a belief in the Goddess always produce idyllic humans? Mike said:

“Athana is saying belief X produces trait Y. … [B]elief in X is not the sole factor in the appearance of trait Y. Individuals with belief X are, in fact, entirely capable of having trait non-Y….”

Or, in still other words, every Goddess worshipper is a perfect human being.

As I see it, this equation has problems. If I gave Mike any other impression, I apologize.

First, over the past several thousand years, the god religions have pummeled X out of existence. Although a very, very few of us are trying to rebuild X, we’ve barely begun. Therefore, we're still not totally certain, how to relate to Goddess.

Third, since these ubiquitous goo, er…. god religions are petrified of Goddess and women’s power, nursing X back to health is likely to be an uphill battle.

Fourth, the gods have produced some decidedly mentally-ill human cultures and family lines on this planet. Even if we could blanket the globe tomorrow with a fully-formed and gorgeous Goddess culture, it would take time for the deep sickness to heal.

Fifth, even if 1 - 4 above were not true, anyone’d be foolish to say that X produces a perfect Y every time. Barring biologically based behavioral instabilities, however, I’d venture to say that X would => Y about 99.9% of the time. Not bad, huh?
Posted by Athana at 12:17 PM

Nice work, Athana. The whole X=Y argument irritates me. Logic has nothing to do with human behavior, and Mike's problem is not that your statement is overly broad, but that he's threatened by the content. So threatened, in fact, that he can't bring himself to respond in any way other than to call "bullshit" when he hasn't done the research to be able to make such an assertion. He's implying that if he doesn't know it, it isn't worth knowing - and I have no patience for male privilege.