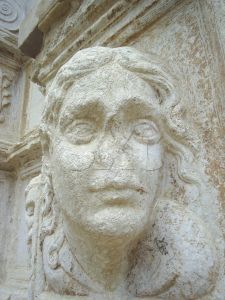 Although they masquerade as religions, Christianity, Islam, Judaism and Hinduism (the godFather systems) are not religions at all. They're vicious control mechanisms allowing a few to wield iron control over the rest of us. The following, by gay Irish Catholic Colm Toibin, is about the Catholic Church sex scandals. Toibin repeats my mantra: priestly sex abuse is not about pleasure or personal power, but about the brute power of the godFather:

“When the Ferns Report came out, I was eager to read it because I had known these three men. I had believed that the problem lay in their becoming priests. If they had gone to Holland or San Francisco, I believed, they would now be happily married to their boyfriends. But as I read the report, I began to think that this was hardly the issue. Instead, the level of abuse in Ferns and the Church’s way of handling it seemed an almost intrinsic part of the Church’s search for power. It is as though when its real authority began to wane in Ireland in the 1960s, the sexual abuse of those under its control and the urge to keep that abuse secret and the efforts to keep abusers safe from the civil law became some of its new tools.

“No one was safe from them. One woman who had had an operation on her lower abdomen was visited by a Ferns priest. ‘He fondled her’ and she ‘could feel his fingers moving around the vaginal area. She said that she attempted to get up when Father Gamma’ – he could not be named by the report – ‘pushed the elbow of his arm into her stomach to restrain any movement’. Another priest, whom the report calls Father Delta, was visited by a young man about to get married seeking a Letter of Freedom. The priest asked the young man to unbutton his trousers to check that ‘everything down there was in working order.’ The priest fondled his private parts for approximately ten minutes. Another young man approached a priest to report that Father Fortune had abused him. The priest asked the young man to demonstrate what Fortune had done, which included touching his penis, thus beginning to abuse him all over again.

If the godFather’s power was positive power, that would be one thing. It’s not. It’s based on a pyramid of hierarchy, built of layer upon layer of “I’m better than you.” George Bush and his bros feel god gave them a penthouse floor on the pyramid, and the go-ahead to enforce their right to that floor -- even if the rest of us become dirt poor and die in the process.

But we’re all so used to this ball & chains hierarchy we don’t even see it anymore. If everything in the world were red, would we have any concept of color? Not.

But the hierarchy’s fake; reality is the circle. We’re all part of that circle, each of us as important as George Bush, Queen Elizabeth, Albert Einstein, Nancy Pelosi, Jennifer Aniston, or the CEO of Halliburton. We all occupy seats in the circle, no seat any higher or lower, larger or smaller, better or worse than any other.

The problem is, like the Isle of Avalon, the circle is disappearing into the mist. We’re all buying into the pyramid. Everything is red. Deep down, we all agree that George Bush and the CEO of Bechtel are infinitely more than we are, higher in the godFather’s pyramid, with the right to take until the rest of us starve, if need be, to protect their pent-house floor.

How else do you explain the fact that the high guys in God’s pyramid are raping the planet – the soil, the water, the air, the old forests, the indigenous peoples, the poor in New Orleans, the starving in Africa – while the rest of us lift, at the most, one weak finger to stop them? Where’s the outrage?

The outrage is hidden in godFather’s hierarchy, and in our failure to see the colors on the palette.

__
Thnx to larzy for the foto -- of a detail on a godFather church in Spain
Posted by Athana at 8:09 AM