THE LONG arm OF THE PATRIARCHY 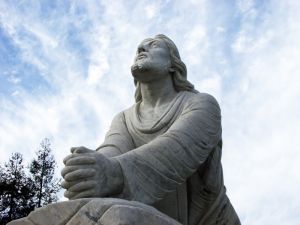 What amazes me is the depths patriarchy reaches in the minds of educated people. To me, once you see the patriarchy, you must see the violence inherent in the concept. So many supposedly progressive people, male and female, are threatened by the idea of matriarchy.

So the question is, what keeps even intelligent, open-minded and progressive people trapped in the Patriarchy? What do you think?

I think the Patriarchy has developed delightful and devious little ways to trap people in its snares -- and keep them there. Even intelligent people. Fear is a huge one. The Big P has gotten fear-as-a-weapon down to a science.

Second, Patriarchals use that little circular-reasoning trick -- you know, the one where if you question anything about their religions, you're the devil in disguise? Or you're possessed by Satan. And people shrink away, their eyes dilate, and they make the hex sign in your face.

Fourth, I think the first Church orphanages in Europe were really torture and brainwashing sites in disguise. They were invented at exactly the same time the witch burnings began. The public was not allowed in them, and thousands of the kids who went in never came out. What's more, the Church destroyed the records of many of these "foundling homes.” I think the only ones released where those considered brainwashed sufficiently to start new “safe” (for the Church) family lines.

I still think, though, that it’s fear – and in particular fear of "hell" – that is the Big P's most potent weapon. And the most sinister part of this is that 95% of people would laugh at you if you told them they were afraid of this most inventive and insidious of warrior-god fictions. How about you? Take my Hell Test: Fold your hands, look up to the sky, and say, “Lord in heaven, throw me in hell.”

Did you do it? Did you hesitate? Did you sweat a little?
Posted by Athana at 4:21 PM

LOL I did it, I did NOT hesitate and I'm already sweating cuz I've downed my third glass of blush wine (manufactured by my Dad). And besides, asking to be thrown in Hell is a little redundant in my case, since I've been living in it for about four years now...

Sorry to hear about your last four years, though. Brightest blessings on your next four -- beginning today, 1-1-06.

Athana, I had to laugh. My dad always says he's not afraid of going to hell because there will be so many rich Republicans there that they can afford to have it air conditioned.

The idea of being surrounded by a bunch of dumb-ass christians makes my eyeballs bleed.

During the rare times I entertain the thought of a supreme being (the evil of humanity itself is a testiment to there being no god)I yearn to be sent to hell.

Oh, pooh, anon! Humanity isn't evil. Look at the !Kung, the Semai, the Amish and the Hutterites! There are and have been hundreds of thousands of human groups over our species' lifetime that have been kind, gentle and good. It's the culture that sits on top of our heads that makes us "good" or "less good."