DEMOCRACY from Goddess NOT Greeks? 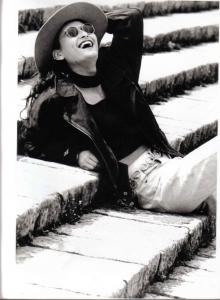 Did Freedom Come from Goddess?

It wasn't the ancient Greeks but the freedom-loving Native Americans who taught European-Americans how to live, love, and then demand democracy. Those discussed most often in this regard are the Iroquois, whose democratic traditions were extremely well developed.

Go to this excellent NEW YORK TIMES article for more on this (and thnx to Morgaine at The-Goddess for the link!).

One fascinating feature of the Iroquois was their female deity, Skywoman.

Go to this CORNELL UNIVERSITY NEWS article for more on this.

My point: Could we venture a claim that world Democracy came not from Greeks, but from Goddess?