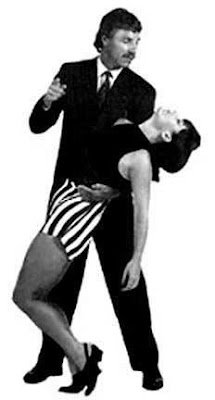 A big basket of thanks to Geraldine Charles, who sent this link from her ezine The Goddess Pages. It explains why we need to tell the Pew Research Study that if they lump the Goddess movement under the New Age movement again, we’re all going to hold our breaths til we turn BLUE.

“The Goddess vs. the New Age: Singing the Sacred Land,” by Jacqui Woodward-Smith (a director of UK's Glastonbury Goddess Temple), says the New Age Goddess is almost identical to YahwehAllahJehovah's* Mary, Mary Magdeline, and all the other sweet, limp-noodle women in the TalmudKoranBible.

The New Age goddess is

A few plum cuts from the article:

I … went to a talk … where the speaker described the Crone as “ever beautiful, with an indigo cloak filled with moonbeams and starlight”! Where is the rot and death, the fucking, the shit and the mud? … How are we to understand our lives being torn apart and changed when we are shown a kindly old lady, rather than a powerful primal transforming force?

Monica Sjöö: “ … images of … the Goddess … acceptable in the New Age movement are the … sickly sweet ones …they want docile …Virgin Marys, sweetly smiling while the earth burns.”

The Crone (like the Whore) has retained much of Her primal power because She has been ignored by Christianity, who were able to ‘use’ and (temporarily) pacify the virgin/maiden and the mother ….

Monica Sjoo saw the New Age movement “… as paying lip service to the Goddess and the earth … whilst … stressing the need to become more ‘highly’ evolved and leave the Earth behind. This is the very antithesis of the message of the Goddess who asks us to rejoice in our physical form and in our incarnation on this beautiful planet.

When looking at Doreen Virtue’s ‘Goddess Guidance Oracle Cards' … there are no Crones … no big women, no old women, no ‘ugly’ women, no challenges, no real power. Even the African Goddesses have honey-coloured skin and Western features.

_______________
YahwehAllahJehovah, who many see as three separate gods, is really just one primitive SkyWar god from the Middle-Eastern desert.
_____
thnx to taijiquan12 for the foto
Posted by Athana at 1:19 PM

Thank you for blogging about Goddess Pages. I think the fairies may have been having fun with your keyboard as the editor's name is Geraldine Charles :)

Thnx to you too, Paul, for pointing out that I have fairies in my keyboard. I have made the change.