RELIGION: NOT A Choice? 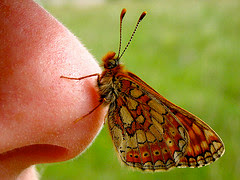 Like I always say, sweeties, a dude without religion is like a nostril without a nose – ain’t no such thing.

Whatever you leap on to answer the Big Questions (Where da we all come from? Where da we go when we die? etc.) -- is your religion.

And be careful what ya choose, cuz it can make a whale-load of a difference. Here’s a sweetie dude who agrees with me -- a Mr. J. Peterson:

Jordan Peterson has an easy way to prove to most everyone they are a person of faith….

"I presume that you assume that the future is real," said Prof. Peterson, who teaches psychology at the University of Toronto and has studied the impact of belief on society. "The future is an immaterial entity. It's composed entirely of possibility. So your belief in it is an axiom of faith."

To Prof. Peterson, though, belief is not optional.…At its most basic level, belief acts like a set of headlights to guide us through a foggy universe that "is far more complicated than we are smart."

But at a deeper level, belief represents patterns of a deeper reality that go beyond the physical world. They function like mathematical formulas that seem abstract but actually define an underlying physical reality.

"Our religious sense is grounded in biology," said Prof. Peterson. "It's not a simple cultural overlay. Religious belief and ritual are universal. It's as specifically human as language.

"Christ is born at the darkest time of the year. That's not an accident. There are a lot of extremely complex ideas behind that. So here's one: the redeeming hero emerges when the need is greatest.