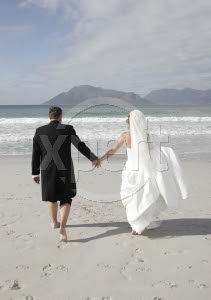 “The word ‘marriage’ came from Latin maritare, union under the auspices of the Goddess Aphrodite-Mari.

"Because the Goddess’s patronage was constantly invoked in every aspect of marriage, Christian fathers were opposed to the institution.

"Origen declared, ‘Matrimony is impure and unholy, a means of sexual passion.’

"St. Jerome said the primary purpose of a man of God was to ‘cut down with an ax of Virginity the wood of Marriage.’

"St. Ambrose said marriage was a crime against God, because it changed the state of virginity that God gave every man and women at Birth….”

from Barbara Walker, Woman’s Encyclopedia, p. 585 and quoting from William Fielding, Strange Customs of Courtship and Marriage, and Robert Briffault, The Mothers.
____
Thnx to capephotos for the foto.
Posted by Athana at 9:10 AM