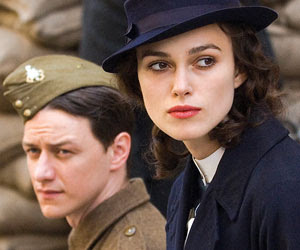 Religion, says Mr. Ian, is “…fairly deeply stitched into human nature. It seems to be part of all cultures, so I don't expect it to vanish. And yet at the same time, if it is built into human nature, why are there so many people who don't believe in it?”

Of course on this blog we all know that the icky war/sky/daddy-god “religions” aren’t really religions, but only cleverly-designed social-control machines. They keep us sheople in line so’s Big dudes can have their way with us.

Ian goes on: “It is a bit of a problem, the title ‘Atheist’-- no one really wants to be defined by what they do not believe in. We haven't yet settled on a name….”

I have an idea! Why doncha call yourselves Goddess followers? If we all followed a Great Guiding Mother Goddess the way our ancestors did back in the Neolithic and early Bronze Ages, we wouldn’t be in the sorry mess we’re in today – solidly soaked in war, violence, and snooty snobbism with its zillions of social ladders all loudly shouting out who’s good, better and best (and who’s for the birds).
________
thnx to fairytalecinema for the foto; see more of her work HERE.
Posted by Athana at 7:29 AM